Castle Clean-Up Sale Underway! - Get up to $20 off of your Order! - New Products and Hundreds on Sale!

ROLL WITH THE BEST. 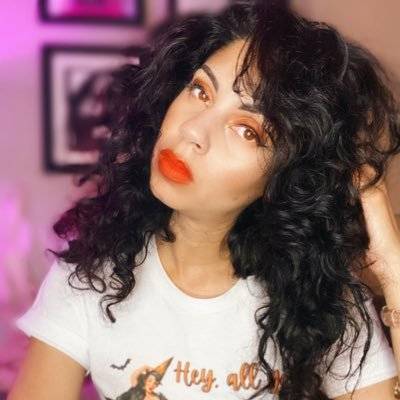 In Cynthia Marie’s free time she plays Nelli G on World of Darkness’ LA By Night (Vampire: the Masquerade) as well as a choreographer, dancer, and cosplayer for various events throughout Los Angeles including Sypher Arts Studio’s Labyrinth Masquerade, featured on Cartoon Network and G4 as various DC comics' heroines and Disney Princesses, and modeled/performed for Combat Radio’s Christmas charity and Face Forward charity events. Jumping right in to the LARP scene, she is now co-host to the rapidly rising podcast Life. Action. Roleplay as well as an active staff member on a fast growing fantasy LARP in So Cal!

She has participated/guest starred on many TTRPG games playing Vampire the Masquerade, Dungeons and Dragons, Call of Cthulhu, Kids on Brooms, and other incredible gaming material!

ADAA is a very special charity to Cynthia as she’s is an advocate for mental health normalcy due in part to being a long time sufferer of anxiety herself. Giving back to this charity allows for continuous research and training on Anxiety and Depression to help counter act negative stigma to mental health issues.

< Back to Meet the Dicefiliates
Back to News